From the 3rd millennia before Christ, Yemen was inhabited by the ancient Arab tribes of Aksum, Himyar, Saba, Qahtan and the Hadramaut. 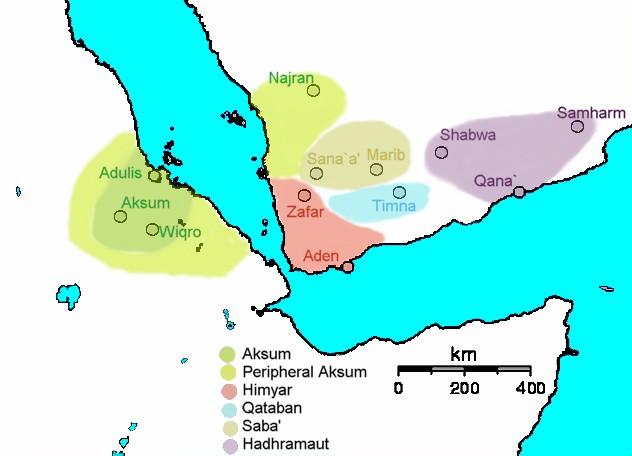 The Qahtanis were later divided into Himyar and Saba. It was a trade-caravan of the Qahtani sub-tribe Jurhum, who found Abraham’s son Ismail while passing through Mecca, in around 1900bc. And again it was the Qahtans who made the dams at Mareeb.

Around 1100bc, the area was dominated by the Sabeans, who had extended their empire up to Ethiopia and at this time the Prophet Solomon had summoned the Queen of Saba into subjugation.

All along their history these tribe of Yemen have been warring with each other for dominance – in the 4th century AD Judaism first entered in Yemen when the King of Himyar converted to this religion – Christianity was introduced in the 5th century via the Aksum tribe.

With the advent of Islam, Yemen became a province of the Caliphate in 630. In 897 Yemen became independent under the rule of the Zaidi dynasty. The Zaidis were shi’ite and their stronghold was only in the north, they made capitals in Saada, Sana and Taizz, while the rest of Yemen was home to smaller dynasties, tribes, and sheikhs, mostly of Sunni Muslims. 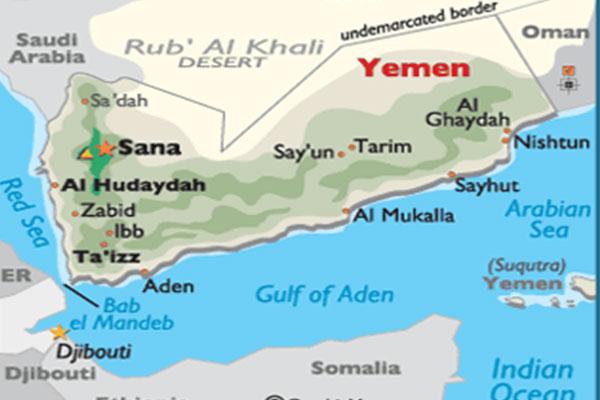 From 1229 to 1453 the Rasuliden dynasty, of Turk origin ruled over Yemen under the auspice of the Abbasid caliphs. From 1454 to 1517 the Tahirids of local origin gained power, it was during their rule that the Portuguese captured the island of Socotra in 1507. The Mamluk Caliphs of Egypt tried to defend this land against the Portuguese but at the same time the Mamluks were vying with the Ottomans

and the struggle for Yemen as the entrance of the Red Sea trade route became a truly imperialistic battle. Eventually the Ottomans

defeated the Mamluks and took over Yemen too. The Portuguese were neutralized but the Ottomans had to constantly battle with the Zaidi Imams for power in Yemen and eventually had to leave Yemen to the Imams in 1635, who built a strong rule of the Qasimid dynasty.

The British occupied Aden in 1839 and the Suez Canal was opened in 1869 - this worried the Ottomans and they entered the Yemeni sphere again. A coalition rule between the Turks and the Zaidis was made and agreements were signed with the British.

With the collapse of the Ottoman Empire in 1918, Imam Yahya made his independent Mutawakkilite Kingdom which lasted till 1962, South Yemen however stayed under British control until 1967, when it finally gained independence. 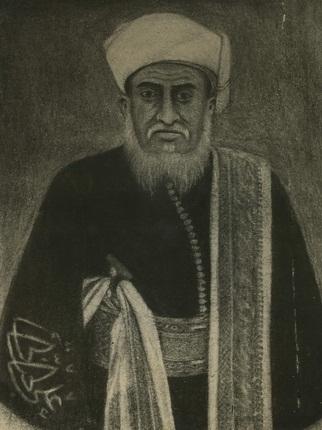 Meanwhile as the Saudi Dynasty was strengthening its command on the Peninsula at the Ottoman’s demise after WW1, 1918, they waged the Saudi-Yemeni War in 1934. The Saudis took Jizan, Asir and Najran from Yemen and relinquished Hodeida and the Yemeni coast to Yemen. In fact the Treaty of Taif, between ibn Saud and King Yahya asserted Yemen’s sovereignty over these territories and these lands were rented for Saudi Arabia in return the Yemenis would enter Saudi Arabia freely and Najran, Asir and Jizan were to be returned to Yemen after 60 years. 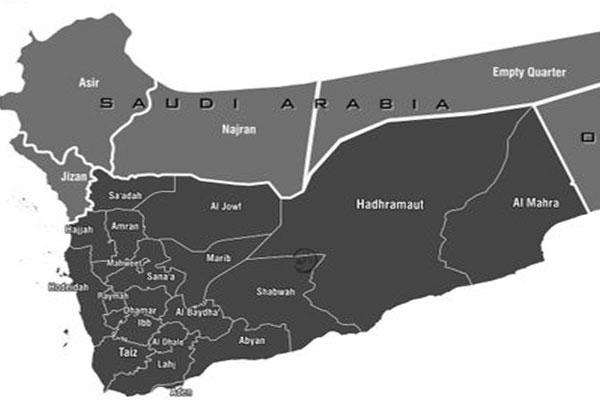 Yemen joined the loose coalition of the United Arab Republic proclaimed by Egyptian president Nasser in 1958 under the rise of Arab nationalism in the region – they withdrew in 1961, making the Egyptians unhappy. In 1962, Imam Muhammad al-Badr was deposed by the Egyptians and the Yemen Arab Republic (YAR) was proclaimed in the North – civil war followed. Nasser announced the formation of the National Liberation Army to free southern Yemen from British rule that worked with the Front for the Liberation of Occupied South Yemen. In 1966 Britain announced that it would abandon Aden and granted South Yemen its independence in the following year.

A socialist people's republic was formed in South Yemen. Saudi Arabia chose to support the Imam of the north and Egypt backed the republicans of the south. The south was influenced by the socialist ideology and was renamed the People's Democratic Republic of Yemen (PDRY). In the PDRY, all political parties were amalgamated into the Yemeni Socialist Party (YSP), which became the only legal party there. The PDRY established close ties with the Soviet Union and China. With this, Yemen also made a jump into the democratic process.

In 1970 there was an agreement for shared power, which resulted in a joint government after the 1990 elections, wherein Ali Abdullah Saleh, a Zaidi Shia became President and Ali Salim al-Baidh of PDRY became the vice-President. 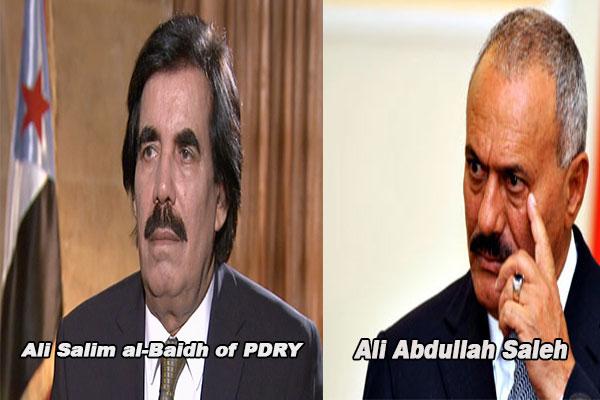 The North had vital economic ties with Saudi Arabia, over a million Yemenis, mostly from the North, worked in Saudi Arabia and sent back remittances. But Yemen had also strong ties with Iraq and Sadam - there was a strong element of Iraqi-orientated Ba’athism in north Yemeni politics, and at an international level the country had tended to align itself with Iraq rather then the Gulf States. President Saleh regularly called Iraqi military advisers and his Republican Guard was modeled on Saddam’s. Furthermore, Yemeni troops had fought alongside Iraqis in the war with Iran. So in the 1990 Gulf War, Yemen supported Iraq, in fact Cuba and Yemen were the only two to vote against UN Security Council resolution authorizing the use of force to expel Iraqi forces from Kuwait. Secretary of State James A. Baker was reported to have told a Yemeni diplomat afterward, ‘that's the most expensive vote you ever cast’. To punish Yemen over this freedom of choice,  Saudi Arabia expelled over 700,000 Yemenis from its soil, creating economic crisis in an already poverty-riden country.

Incredibly at the same time, in 1989, Oil was discovered in Yemen along the borders with Saudi Arabia, and in this Yemen for the first time could see a self-sustainable economy. Yet it also revived the border issue and the Saudis even sent warnings to oil companies to stop drilling for Yemen. Yemen’s 15million population, largest in the Peninsula, its democratic process and the newly discovered oil alarmed neighboring monarchies, who were hitherto used to a divided, weak and autocratic Yemen.

To keep Yemen divided Riyadh funded the creation of the Islah Party in the South in 1990 – the same time when Bin Laden was weaving his net of militancy throughout the Muslim World. This party helped spread their Wahhabi and Salafi ideology that would strengthen the Sunni-Shia divide on one hand and would make Yemen ripe for militancy on the other. Saudi involvement in the South became evident in the 1994 North-South War, when Saudi Arabia provided arms to the South and refuge to key Southern leaders. The support for the South was only calmed when finally Saleh resolved the border dispute with the Saudis in the Treaty of Jeddah in 2000, with the condition that Saudi Arabia will not back the South any more.

The Houthi are a prominent Zaydi, Haashimite family. President Salaeh himself is a Houthi. But when Saleh allied with Saudia Arabia and the US, allowing excessive Wahhabi influence on state policy and schools, the Houthis held mass anti-Saleh & anti-America demonstrations, in 2001. When Saleh’s Security Forces killed the Houthi leader in 2004, his death ignited uprising by his followers, and this was followed by a series of campaigns aimed at crushing the Zaidi rebels. In 2009, Saleh launched Operation Scorched Earth against the Houthis. In this backdrop, when the 2011 Arab Spring hit Yemen, the Houthis made a full participation. 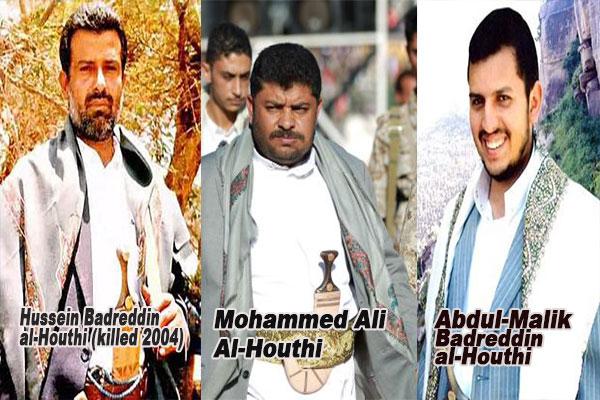 Al Qaeda in Yemen followed the usual pattern as found of this jihadi network in other countries – Afghan War veteran of different origins, were captured, trained in jails and replanted to the countries of origin. Like Ibrahim Sulayman Muhammad Arbaysh, Abu Sufyan al-Azdi al-Shahri, Abu al-Hareth Muhammad al-Oufi, Othman Ahmad Othman al-Ghamdi were captured from Afghanistan, remained in Guantanamo Bay, transferred to Saudi Arabia, and escaped from prison there. 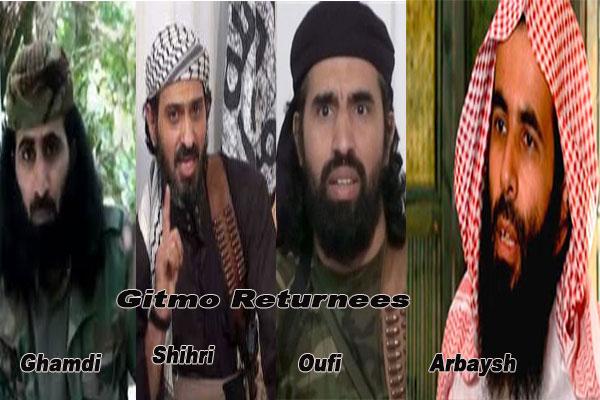 Or like Nasir Abdel Karim al-Wuhayshi and Qasim al-Raymi who were in Afghanistan, arrested by Iran, sent to Yemen, jailed there and escaped. In fact 23 Al-Qaeda affiliates, including leading figures like Wuhayshi escaped from Maximum Security Prison in Sana’a in 2006 after which there have been dozens of jail-breaks letting hundreds of al Qaeda members escape, some AQAP Yemeni members have also reached Yemen after escaping from Saudi jails. 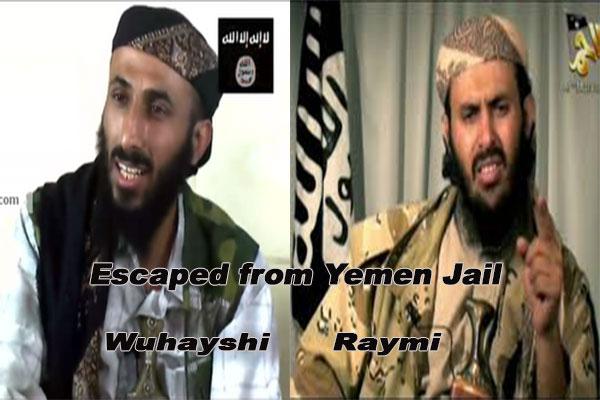 In 2000 al Qaeda attacked USS Cole, the US navy destroyer docked at Yemeni port at Aden. Two months after 9/11 2001, Saleh visited US, pledging to assist in the War on Terror and the US started providing weapons & training. In 2008 al-Qaeda attacked the American Embassy in Yemen and in 2009 they made a failed attempt to blow up a US airliner.

In 2009, British Special Air Service & Special Reconnaissance Regiment was deployed in Yemen & Somalia to carry out operations against al-Qaeda. These attacks were carried with impunity by the special forces, on ‘suspects’ who were exterminated without confirmations or trials, civilians killed along with them were obviously called collateral damage. A recent Vice News Report revealed that intelligence level of SIS (MI6) infiltration in Yemen is so high that they have provided CIA with pinpoint locations for drone targets.

And as the usual pattern, the more al-Qaeda targets are hit by US led WoT the stronger it gets and from loner attacks it becomes strong enough to control towns and even cities. Despite several major operations by the Yemeni Army against al-Qaeda targets and strongholds, as of 2016 al-Qaeda has partial territorial control in the Abyan, Al Bayda', Ma'rib, Shabwah, and Lahij Governorates in South Yemen. This increased presence of outlaw groups between communities and constant drone strikes from the sky has brought the episode of a never-ending chaos in the life of Yemenis.

The way forward for a strong prosperous Yemen is only in internal democratic unity and a total negation of external interference and interventions.

The way forward for a strong prosperous Yemen is only in internal democratic unity and a total negation of external interference and interventions.