Ports and Pipelines (Geostrategic scenario of upcoming ports and pipelines projects in Asia, Africa and Europe)

Warm water access ports have long been the yearning of the Arctic bound states of Asia. When Russia’s power was coming to its peak, Catherine the Great, queen of Russia expressed her desire to have access to the warm waters of the Arabian Ocean, via Afghanistan, in 1791.

In the colonial era, when the British had occupied the Indian sub-continent, there was the ‘Great Game’, a constant tug-of-war between the British and the Russian empires over Afghanistan and other Central Asian states because the former wanted to reach Central Asia and the later wanted to touch the Arabian Sea and the Mediterranean.

Later when China came out of its ‘century of humiliation’, wherein the colonial powers had subdued the weak Qing Dynasty and inflicted them with humiliating economic treaties that virtually enslaved the people – and eventually when it entered its socialist period, it swiftly converted into an economic giant that needed all-season warm ports. Moreover, for China, coming all the way from the South China Sea to markets in the Middle East, Africa and Europe has been a long and expensive route. For this reason China looks forward to ports in Chabahar, Iran or Chittagong, Bangladesh or Gwadar, Pakistan.

The Iran/India’s joint works to further develop the Chabahar Port and the road and railway via Zahidan that will connect with Afghanistan in Herat, have been slowed down on account of Taliban’s control on the vast expenses of Afghanistan, which makes extraction of minerals impossible, which is the main purpose of all this construction. Secondly Chabahar is not a deep-water port, which makes docking of large container-ships impossible. For this reason Iran and India offered Pakistan and China to connect Gawadar with Chabahar, a proposal not as yet entertained by both.

An Iranian port would have been ideal for China, only if it hadn’t been for India. India’s increasing regionalism and its bid to control Afghanistan and encircle Pakistan, has made an India-weary China even more apprehensive of its extensions. So, in spite of China’s strong relationship with Iran, since the time of the Ayatollahs, China is not ready to see India, a power that threatens it at is borders, prosper at the borders of a cherished ally.

As for a port in Bangladesh, three contenders China, Japan and India are competing to get hold of that project. For China, a port in Bangladesh would be an essential link in the ‘string of pearls’, a Maritime Silk Road, extending from its own coastlines through Southeast Asia, the Indian Ocean, the east coast of Africa, and up through the Mediterranean to Greece. But ever since its creation Bangladesh has been under India’s Big Brother influence. Sheikh Mujeeb ur Rehman’s acceptance of India’s help of training and arming Mukti Bahini across the border and making it part of the Bangladesh-India Allied Forces against own-country in the 1971 War and calling Indira Gandhi and India "the best friends of my people” were clear signals of India’s long-lasting influence on Bangladeshi politics in the future – currently the Sheikh’s daughter is reigning over the country. So it is clear how India would be wanting the port project to itself and away from its strategic rival China.

However, these ports are just a few names in China’s String of Pearl

Strategy that envisions a string of ports in Hong Kong, the Woody Islands, the Spratly Islands, Cambodia, Thailand, Myanmar, Bangladesh, Sri Lanka and Maldives and all the way to Basra in Iraq, Lamu in Kenya and Port Sudan. With most of these projects except in Myanmar and Iraq, acquired by China, it is easy to see how China would be able to strategically encircle India in the near future. India’s reliance on US friendship in this matter seems to have been futile as the US has only been losing friends in both the Pacific and in the Middle East, and may not have the same deterrent in the coming future as it enjoys now.

Although China’s footprints in Africa are large, making estimated 1,046 projects, railways of 2,233 km and 3,350 km of highways across Africa in the past couple of decades. But a few upcoming Economic Corridors are of interest. Like the new port in Maputo, Mozambique that will connect roads all the way to Botswana and Zimbabwe. Then there is the Lamu Port that will connect Kenya with landlocked Ethiopia and South Sudan and then there is the Cameroon Port on the eastern coast of Africa.

But the point to ponder is, has China’s increasing presence around the world and especially in Africa, brought to the African people a chance to break away from the shackle of the neocolonial West that gave them in exchange of their mineral resources only guns and ammunition to kill their own people or has it brought us closer to a nuclear war? Because so far it seems that for the West the solution to any problem is only more war!

However ports are not the only factor that can affect the geopolitical balance. Ports enhance global trade and energy transport, and make bases for strategic naval presence, but they need to be supplied via roads, rails and pipelines.

Access to energies like oil and gas has been at the heart of many wars after the Industrial Revolution. Coups and assassinations have helped some leading oil companies of imperialist states to gather huge contracts of drilling

. Whereas in the on-going decade, the prices of oil have gone down, majorly because of oversupply and declining demand – the need for natural

gas seems to have soared.

Especially, Europe saw a crisis when due to tensions between Russia and Ukraine, gas supply was disrupted. Russia supplied natural

gas to many European states in eastern, central and southern Europe. Gas crises between Gazprom and Ukraine started as early as in 2006 and 2009 over transit fees, but the Nov. 2013 crisis in Ukraine, that aimed to break Ukraine from Russia and enter it in the EU/NATO camp, created severe mistrust between the two countries, to the extent that Russia started to look for alternate routes for its gas to reach Europe. 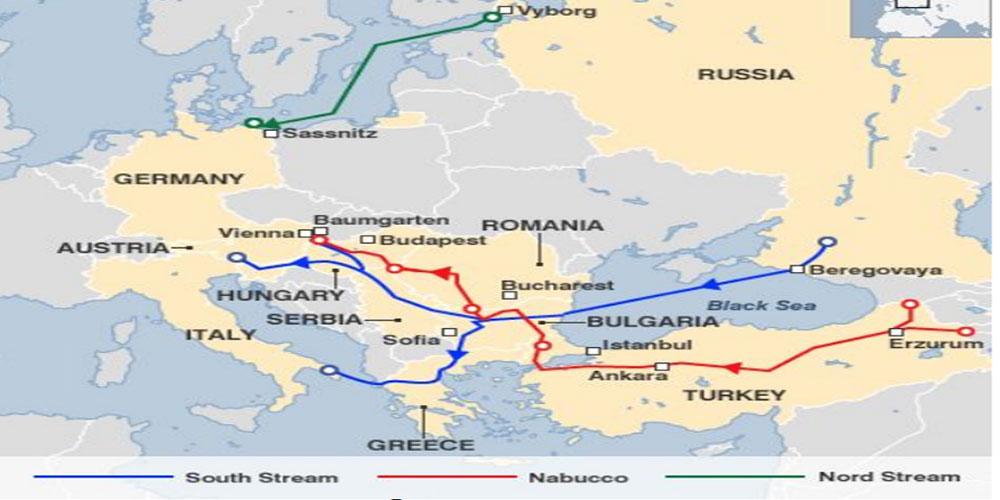 But as it happened, with increasing tensions of US and its European allies with Russia over the Syrian and Ukrainian issues, the EU disagreed with Russia’s alternatives, the South Stream and the Nord Stream plans, which would supply the gas via the Black Sea and the Baltic Sea. This left Russia with the option of the Turkey route.

But Turkey does not only come in the path way of the Russian gas, it is also the route for the vast gas reserves of Azerbaijan’s Caspian Sea Region and for the vast Turkmenistan reserves. The TANAP (Azerbaijan - Georgia - Turkey - Europe) and its extension TAP (Greece - Albania - Adriatic Sea - Italy – West Europe) pipelines, make Turkey the next power that controls this lifeline of Europe and also the fate of the vast Russian, Caspian Sea and Turkmenistan gas reserves. 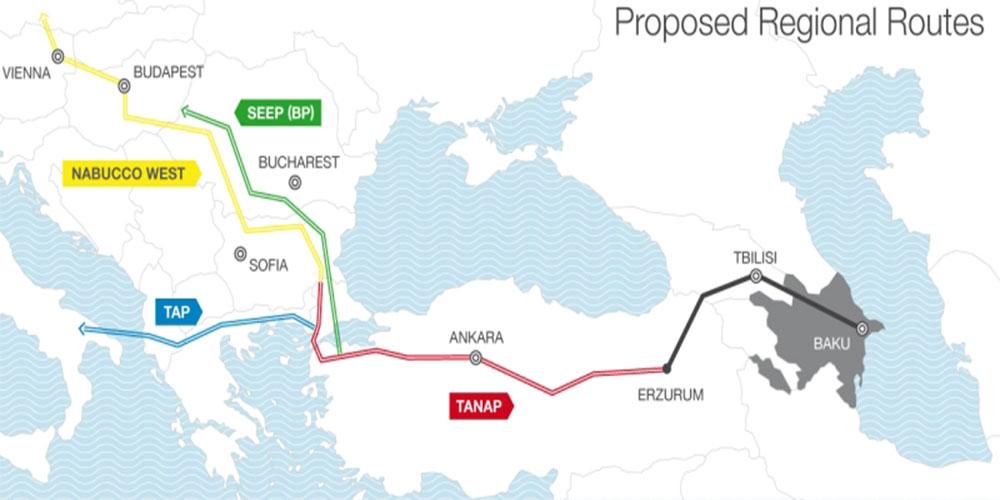 Iran is also an energy hub, that has supplied most of its oil to China in its sanctions era, it is also rich in gas reserves. Gazprom has been able to grab two pipeline projects for the Iranian gas, one the Iran- Armenia Pipeline and the other to Pakistan and India, known as the IP or Peace pipeline. Pakistan and India are also set to get there share of the Turkmenistan gas, via the Turkmenistan–Afghanistan–Pakistan–India Pipeline (TAPI), also known as Trans-Afghanistan Pipeline. Interestingly these projects have been given to Japanese, Chinese and Turkish companies, while most of the time the Western firms have not been invited for bidding. And both these pipelines reach India via Pakistan, giving Pakistan a point of strength in its relations with arch-rival India. 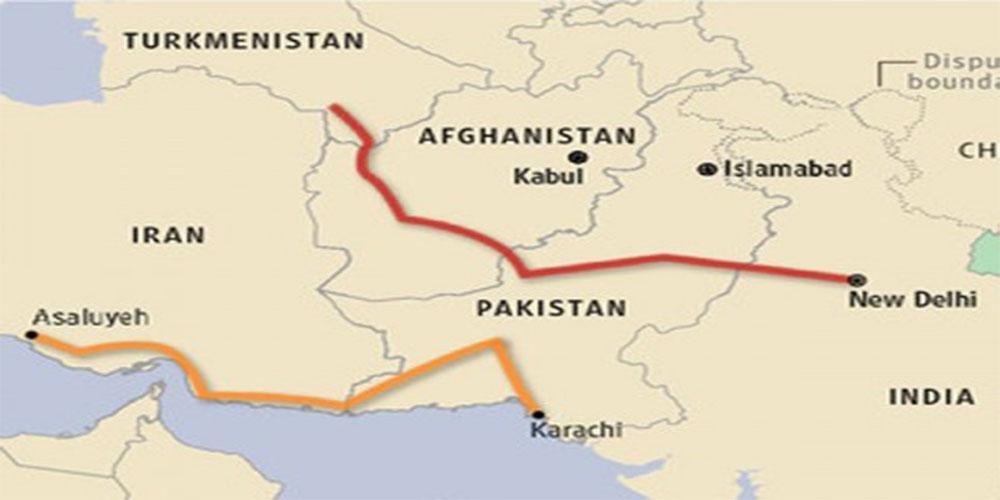 Along with the Maritime Silk Road, China also envisions a silk road connecting China with Russia, the central Asian states, Iran, Iraq, Syria and Turkey. But owing to political situations in many of these countries the initiative may see delays. 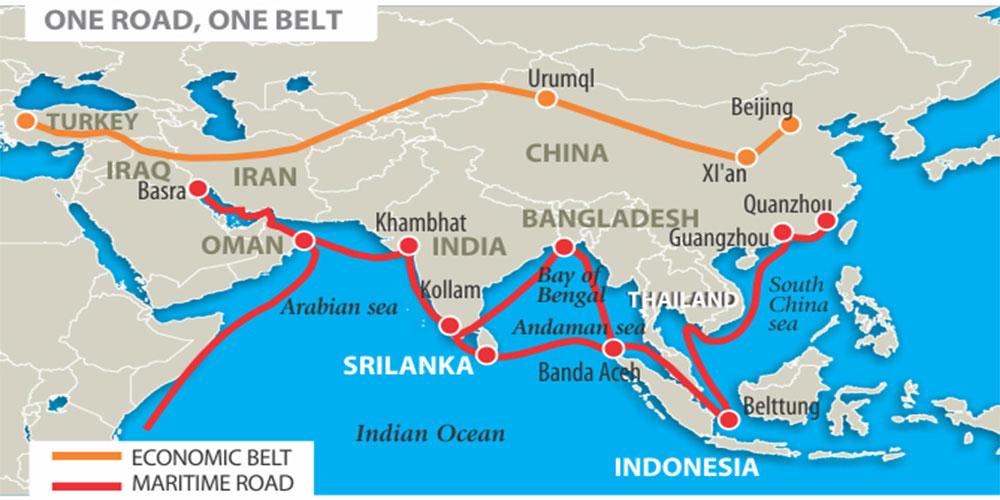 In this backdrop, the China Pakistan Economic Corridor (CPEC) seems to be a shortest and most doable thing for China in the present scenario. Not only will this economic corridor bring prosperity to the people of Pakistan but will also relieve the South China Sea with the single-route pressure that adds to the vulnerability of the huge Chinese economy. No doubt, China has faced tensions at the hands of the US/NATO’s naval presence in the Pacific that has constantly threatened Chinese interests and the maritime trade route in the South China Sea. In fact Obama’s Asia Pivot Policy aimed at alienating China of its Pacific neighbors and pulling them into the US camp, which would ultimately make the trade route impossible for China. Although Obama has utterly failed in his Asia Pivot but this has made China closer to Pakistan in matter of trust.

Perhaps that is why the CPEC project is not just a Gawadar-only project consisting of a single road from Khunjarab to Gawadar. The project will actually consist of a network of roads connecting commerce hubs around the country and also constitutes a number of energy, infrastructure and industry projects. LNG pipelines, Hydropower projects, Wind Farms

, Coal Power and also the long awaited extraction of coal from Thar are all part of the CPEC. And Gawadar will become an international port city at the completion of the project. 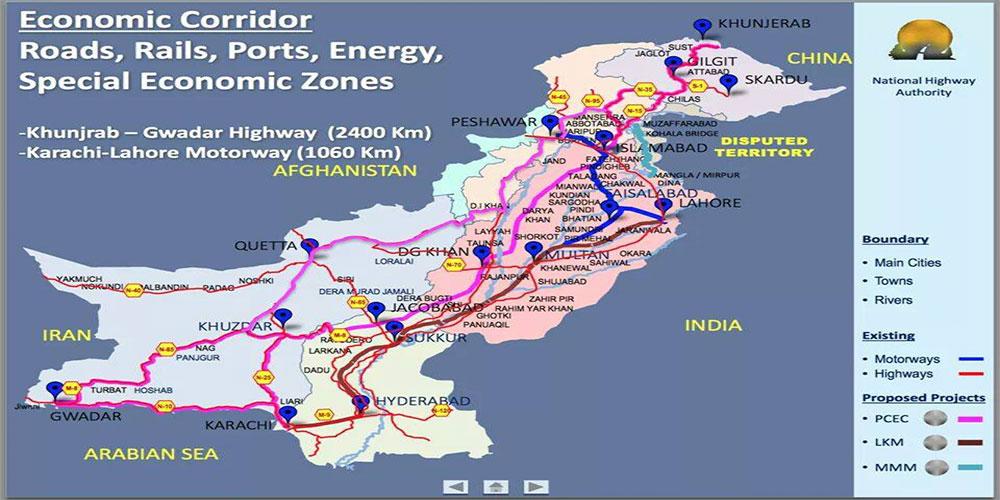 So the lesson in geopolitics here is that the hegemony that the United States and its Allies had maintained with coercive tactics, the use of force, espionage and by creating a network of non-state actors in all targets countries, giving them leverage in the internal affairs of each country and by declaring the resources of subdues countries as their ‘national interests’ – had to eventually come to an end. In contrast, although China faces the same economic meltdown that the whole world is facing, it is making new deals and more friends with an equal give-and-take way. As the world turns multipolar, perhaps nations are realizing their own value and strengths, and perhaps they will not be ready to submit their internal privileges to new hegemons.

This lesson should be rehearsed by everyone now – be it China, Russia or any new bounty hunter like India. Trust and respect for the sovereignty and integrity of other nations is the key to getting favors, not bully and batons. This basal human trait that reflects in the community and the subsequently in the national character is so prima facie and yet the reality we so much not want to confront – shows how our proud genus is really the most irrational and foolishly self-destructive.

This essay presents an analysis of upcoming ports and pipelines projects in terms of geostrategic implications,focusing in the end on Pakistan's CPEC project.